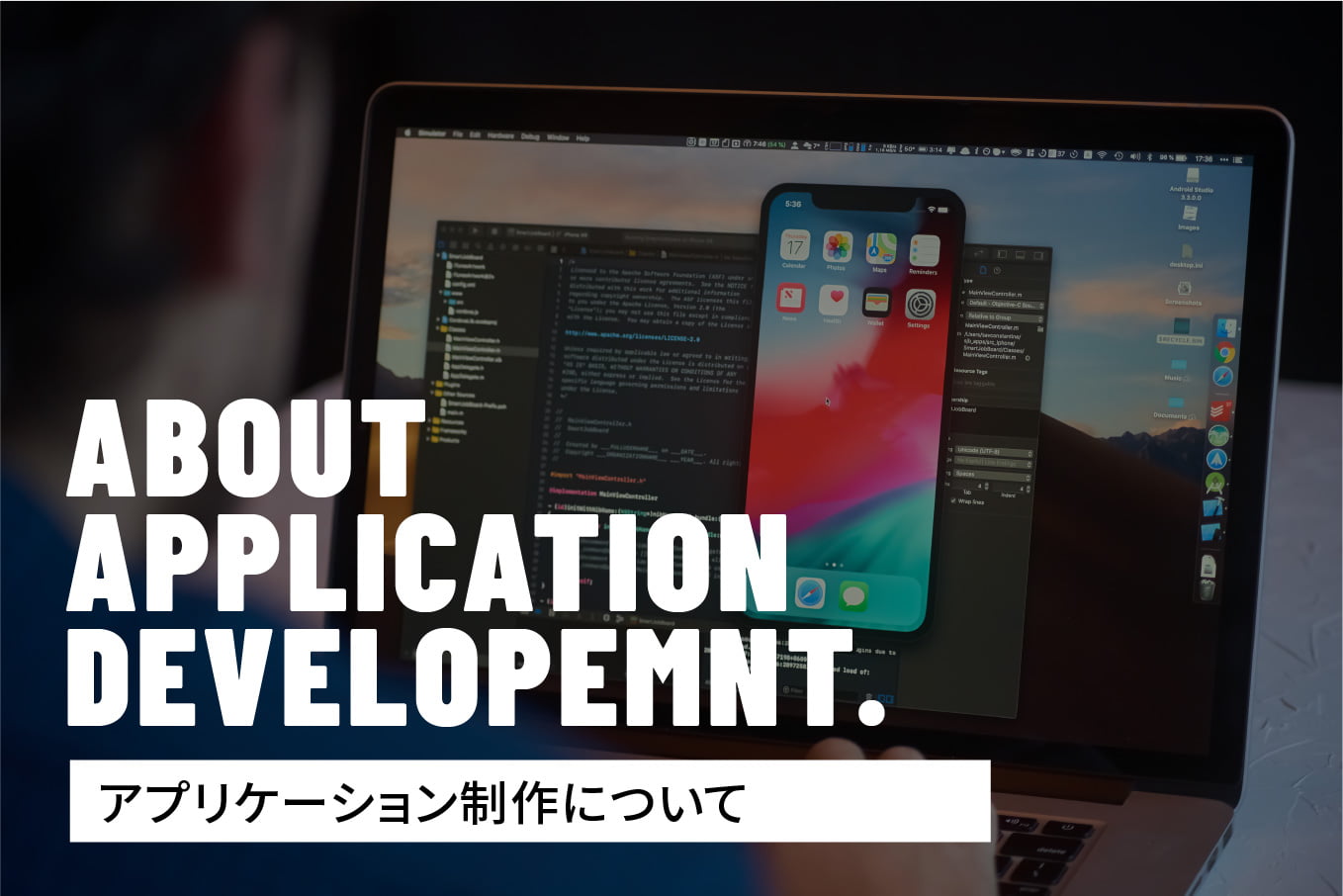 Each day, Thousands of mobile apps are published to the google play and Apple stores. Some of these mobiles apps are games, other are social networks, and many are ecommerce apps. All of these apps, if professionally built, should follow a similar mobile app development process.

Each app is different and our methodologies are always evolving, but this is a fairly standard process when developing mobile apps. This mobile app development process typically includes ides, strategy, design, development and post-launch phases. 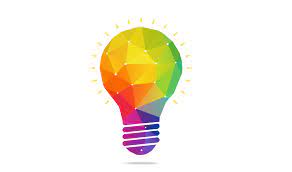 As, all great apps began as ideas. If you don’t have an app idea, the best place to start is to train yourself to always think of things in term of problems and potential solutions. You want your brain to instinctively ask ” why do we do things this way?” or “Is there a better way to solve this problem?” if you can identify your problem or market inefficiency, you are halfway to your idea. The next thing is to understand why this problem exists and think about why nobody else has made this app to solve this problem previously. Talk to other about this problem. Once you have a complete grasp of the problem, begin to evaluate how a mobile app could solve your problem.

This is where having some understanding of what mobile apps can do is extremely valuable. We are frequently asked, “is this even possible?” Fortunately, the answer is often yes, but it is imperative that this answer is sound. You are about to invest a considerable amount of time and money into an app, so now is the time to challenge your idea’s validity and viability. 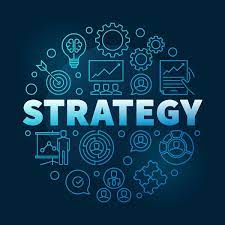 Once you have an idea, you need to plan for your app’s success. One of the beat places to start is by identifying your competition. See if any other apps serve a similar purpose and look for the following:

There are two main goals of this process. FIrst, learn as much as you can for free. Making mistakes is time consuming, frustrating and expensive. Often you have to try a few approaches before getting it right. The second  is to understand how hard it will be to compete in the marketplace. Are people hungry for a new solution? is there some niche not being filled by the existing options? Understand what gaps exist and tailor your solution to meet them. If your idea is completely new, find other “first to market” apps and study them. 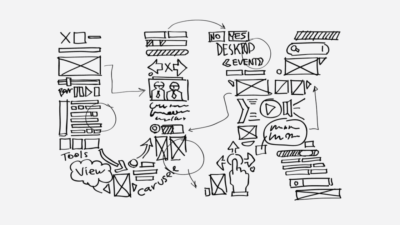 Information architecture is the process in which you decide what data and functionality needs to be presented within your app and how that data and functionality is organized. Typically, we begin this process by writing down the list of features we want the app to perform and list if what need to be displayed somewhere in the app. These are the basic building blocks with which we build the wireframes.

Next, we begin creating screens and assigning each functions and data. It is okay if some things live in multiple places, but you need to make sure each item has a home. This process often takes place on whiteboard or paper initially. You want to make changes here, rather than later in the process, because it is much cheaper to erase some marks than to rewrite code. Once you have several screens drawn up, begin considering your app’s workflows. 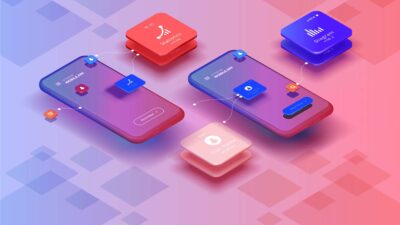 Style guides are basically the building blocks of yous app’s design. Having a  sound style guide will help tremendously with your app’s usability. You don’t want your call to action button on one screen to be blue and at the bottom, but green and in the header on another screen. By having a consistent design language, users are more likely to be comfortable within your app.

Rendered design is the process of taking your wireframes and replacing the grayscale elements with elements from your style guide. there should be a rendered screen for each wireframes screen. Try to stay true to your style guide in this process, but you don’t have to dogmatic about it.

Once you have all your screens rendered, return to you click-through model application and test your app again. This is  the step in the mobile app development process where you really want to take your time. Although a considerable amount of efforts have already gone into the app, after this point changes can become increasingly costly. Think of this as reviewing a floor plan before your home’s concrete is poured. 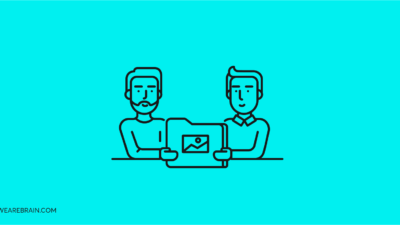 After having to put in so much effort into the form and function of your app, it is imperative that this vision is properly realize by your development process goes poorly. Perhaps this is due to many organizations and agencies only providing design or development services or the sometime combative relationship between designer and developers. Whatever the reason, i highly recommend finding a team that can provide both design and development services and can properly handle this step in the process.

Part of what helps ensure a smooth transition and exact implementation os the proper use of the available tools.

Sound mobile app development is an iterative process. You have likely heard the term “sprints” and “agile Methodology”. This basically means that you break up all development work into smaller milestones and build your app in a series of cycles. Each cycle will include planning, development, testing and review.

The planning phase of a sprint involves dividing up all the list of tasks to be implemented during the current iteration. Each task needs clearly defined requirements. Once these requirements are understood by developers, they will often estimate the time needed to complete each task, so that the tasks can be evenly distributed to ensure a balanced workload during the sprint.
Developers also begin planning their approach to solving their assigned problems during this phase. Skilled software finds ways to intelligently reuse code throughout an application. if a design needs to be changes, you don’t want to have to go and update code in numerous places. Instead, well designed software can be changed in select places to make these sorts of sweeping changes.

During the development phase your development team will begin implementing the styles and functionality of your app. As they are completed, they are assigned back to a project manager or QA tester for review. Good project managers are able to fully optimize developer workloads during this process by properly redistributing assignments throughout the sprint.
It is important that your development team fully understand the goals of the application as a whole and for the specific features they are working on. Nobody is more in tune with that particular features than the assigned developer.

Most testing should be performed by non-developers or at least people who are not your app’s primary developer. This will help ensure a more genuine testing experience. There are several types of testing that should occur during each sprint. These typically include the following: 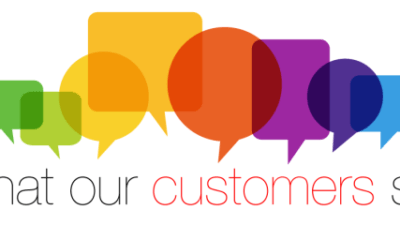 At this point your app should be fully testable and feature complete. Before you spend a sizable amount of time and money on marketing, take the time to test your app with a  sample of your potential users. There are two main ways to go about this.

Focus groups involve conducting an interview with a tester or group of testers who have never seen the app before and conduct an interview. You want to understand who these testers are, how they learn about new apps, and if they use similar apps already.Try to get some background info out of them before even getting into your product.

In addition to, or instead of focus groups, you can do  a beta launch of your app. Beta tests involve getting a group of tester to use your app in the real world. They use the app just as if had launched, but in much smaller numbers. Often these beta testers will be power users, early adopters, and possibly your best customers. Make sure they feel valued and respected. Give them ample opportunities to provide feedback and let them know when and how you ate changing the app.

There are two main components to deploying your mobile app into the world. The first involves deploying your web server(API) into a production environment that is scalable. The second is deploying your app to the Google pay and Apple store.

Most mobile apps require a server back-end to function. These web servers are responsible for transferring data to and from the app. if your server is overloaded or stops working, the app will stop working. Properly configured servers are scalable to meet your current and potential user base, while not being needlessly expensive. This is where the “cloud” comens in.

Submitting your apps to the app store is a moderately involved process. You need to make sure your apps are properly configured for release, fill out several forms for each store, submit screenshots and marketing materials, and write a description. Additionally, Apple manually reviews all apps submitted to their app store. It is possible they will request you make changes to your app to better comply with their regulations. Other times, you might have to make changes to be granted entrance.Once your app is submitted, It will be live in Google later that day and  in Apple within a few days, Assuming everything goes smoothly.